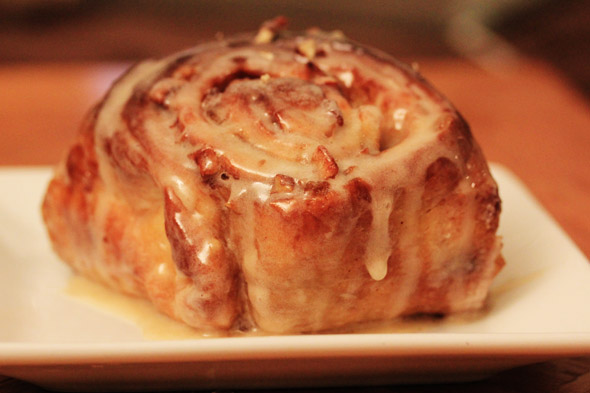 Ha! They are that good, though. Rich, moist, and delicious and very huge. This recipe is just an altered version of the Ultimate Sinful Cinnamon Rolls. I literally just added chopped granny smith apples and toasted pecans on top of the cinnamon/sugar mixture before rolling them up. I did cook the apples down for just a few minutes to help release some of their juice, but you don’t have to. There also isn’t a lot of glaze with this recipe and that is on purpose. Before feeling the urge to douse these in a lot of glaze, I’d taste them first, because they’re pretty sweet — even without glaze.

I took a few pics of the apple and pecan process, but the technique is the exact same as the previous cinnamon roll recipe. Share these with a lot of people, because again, this recipe makes 8 super large cinnamon rolls, and most people will only be able to eat half of one.

If you haven’t seen the preparation steps for the previous cinnamon rolls, check them out here. Same method, different ingredients 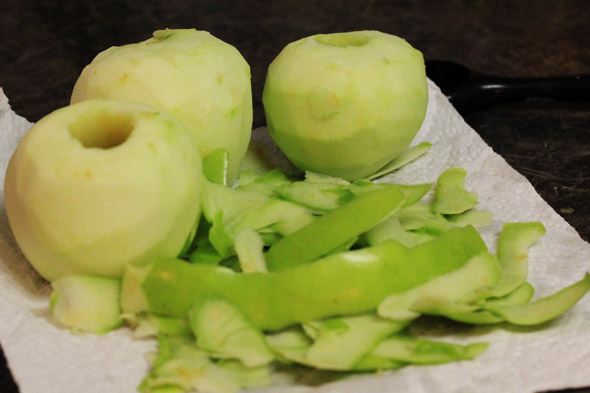 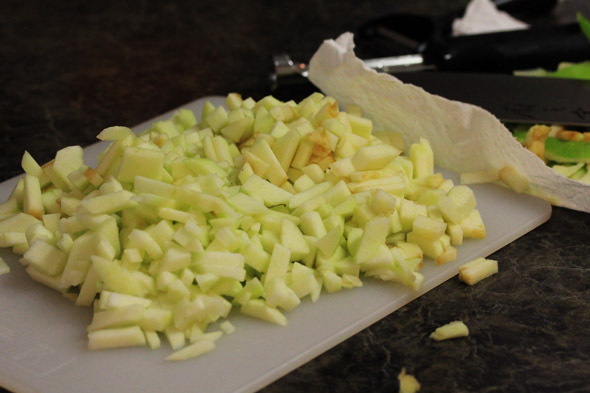 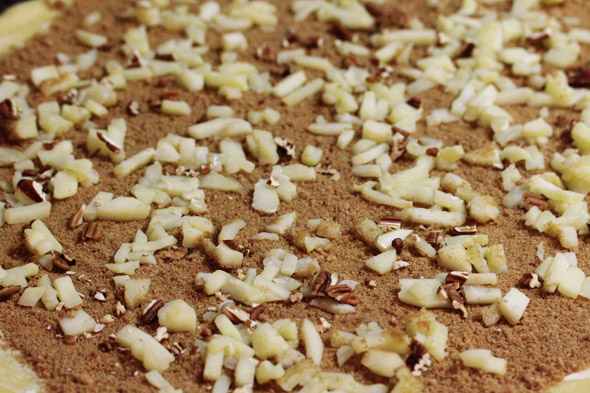 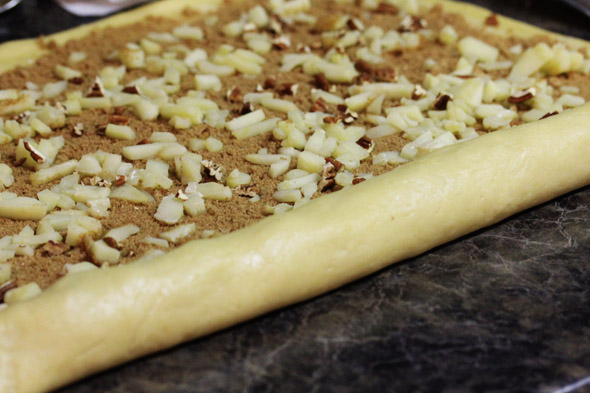 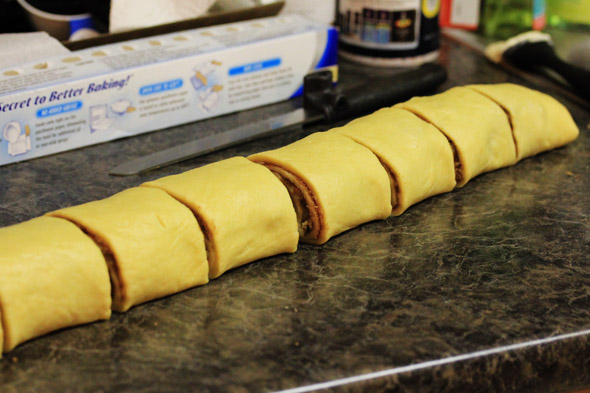 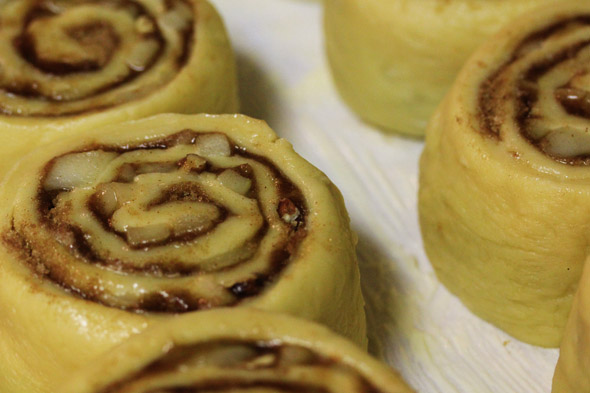 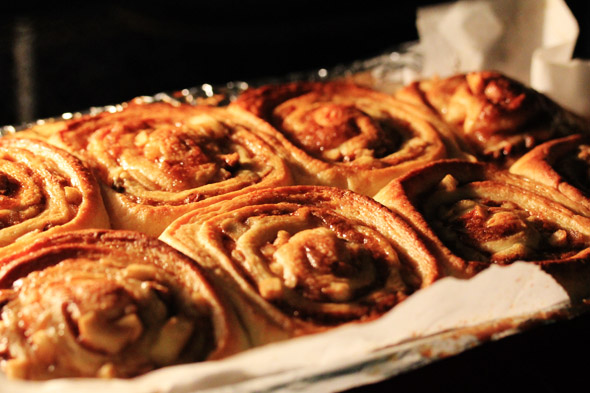 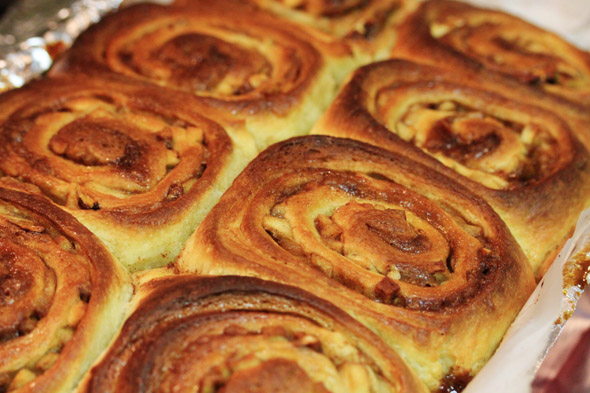 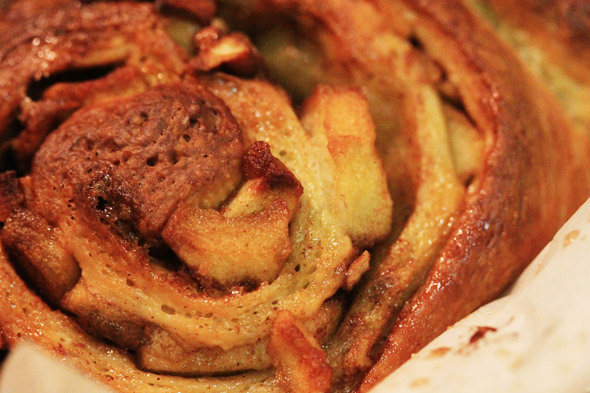 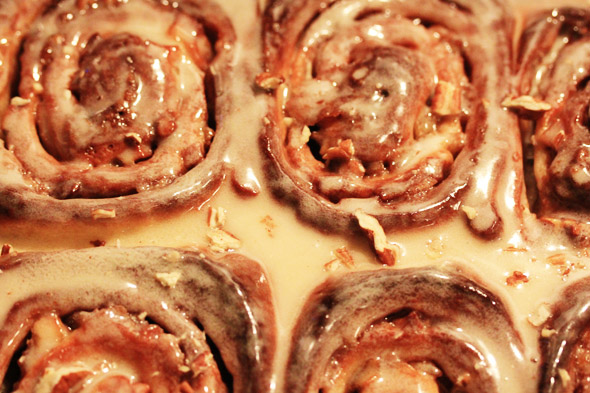 You don’t really have a choice, you’ve gotta make these. Do it now.

For the glaze and to bake: